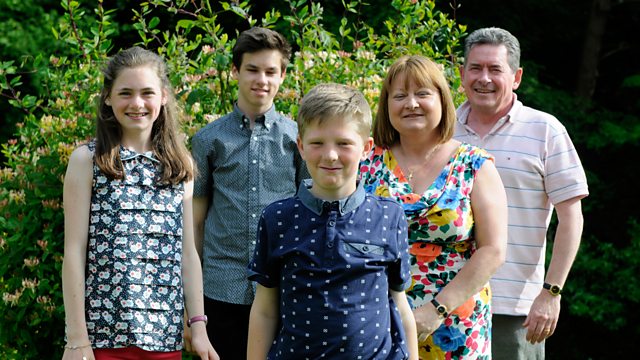 Protecting Our Foster Kids
Episode 3 of 4

Documentary series. This episode tells the contrasting stories of four foster carers and the four children placed in their care.

This episode tells the contrasting stories of four foster carers and four children with them.

14-year-old Tyler has moved in with Kate and Mike after getting into trouble with the police. He settles into life in the countryside with Kate, who he says has 'superpowers or something'. When three months into his year-long foster placement Tyler goes missing, his foster carers question whether they can ever give him what he really needs.

14-year old Sonny, his 12-year-old sister Trinity and 10-year-old Marc have been with their foster carers Nita and David for four years now. All are about to undergo huge change as foster carers Nita and David are applying to become special guardians for them. If they are successful, it will provide a guarantee of long-term future there. Nita hopes it will give the children a sense of stability and permanency, something she didn't have as a child.

With privileged access to Dorset's social services fostering, childcare and adoption, and kinship teams, this film follows the tough decisions that need to be made in the hope of giving older children the best chance in their adulthood.

See all episodes from Protecting Our Foster Kids