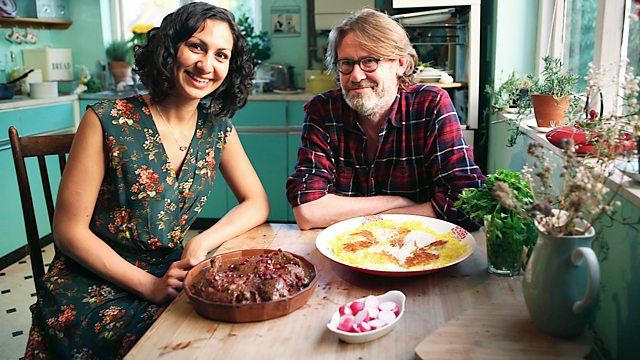 Food writer and cook Nigel Slater takes a tour of the diversity in modern British home cooking. Nigel discovers three one-pot dishes with origins from around the world.

Nigel's tour of the flavours of Britain takes him from the old classic Lancashire hotpot to three melt-in-the-mouth one-pot dishes with origins from around the world.

He meets Yasmin, whose special Iranian fesenjoon takers her back to her childhood in Iran, he gets a lesson in Brazil's national dish feijoada from brothers Andre and Anderson, and he discovers the delicate flavours of a traditional Bangladeshi korma as he joins Enam and his family to celebrate Eid.

Inspired by their dishes, Nigel creates a luxurious bean hotpot bejewelled with beetroot and carrot.

See all episodes from Nigel Slater: Eating Together 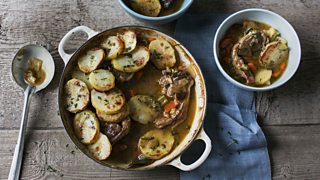 See all the hotpot-inspired recipes from Eating Together - episode four.

Recipes from the series 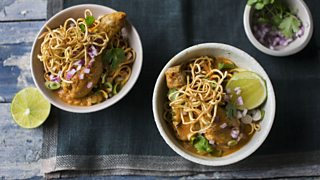