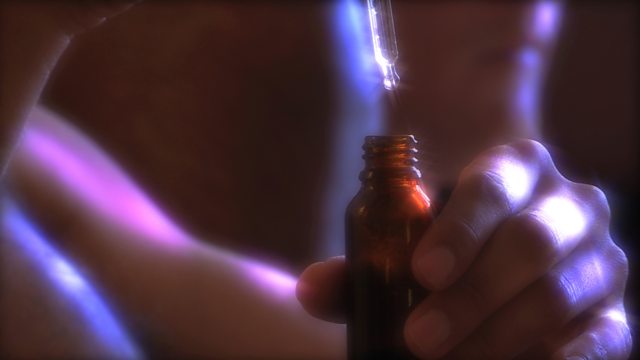 Mobeen Azhar investigates the rising popularity of 'chemsex' parties on London's gay scene and the new challenges they present to public health services.

Crystal Meth, GHB/GBL and Mephedrone form what some health workers call an 'un-holy trinity' of drugs that together can heighten arousal and strip away inhibitions.

For Radio 4's The Report, Mobeen Azhar speaks to men entrenched in this lifestyle and explores the impact the so-called 'chemsex' scene is having on public health services.

It's a scene where unsafe sex is common and has been cited as a contributing factor in the rising number of HIV infections in London, posing new challenges to those trying to promote the safe sex message.

Such parties are fuelled by technology and smartphone dating apps, which have triggered a social shift where men have moved out of bars and clubs and into private homes - out of reach to sexual health and drug advice services.

A potential solution to help protect those involved in the scene is Pre Exposure Prophylaxis (PrEP) - the practice of issuing men with HIV medication before they become HIV positive, which studies have shown as an effective means to reduce HIV infection.

PrEp has been championed by the World Health Organisation, saying it could prevent 1 million new HIV infections around the world. Its advocates in Britain suggest it should be made available on-demand as soon as possible - but how affordable is it? And will fears that it will only encourage more unsafe sex prove true?

When GPs should say no

Rwanda: Has Britain Been Beguiled?

Terrence Higgins Trust is an HIV and sexual health charity which offers a wide range of support services, including emotional support and information by phone, help with accessing HIV testing, treatment advice and counselling. Whatever your sexuality, HIV status, gender, cultural background or ethnic origin, THT has services set up with your needs in mind. If you’re affected by HIV, then they’ll try to help.

FRANK provides a confidential, free service to anyone wanting information,  advice or support about any aspect of drugs.

Online chat facility (available between 2-6pm throughout the week)

The Club Drug Clinic provides support for people who have begun to experience problems with their use of recreational drugs.

London Lesbian & Gay Switchboard (LLGS) provides an information, support and referral service for lesbians, gay men, bisexual, trans people and anyone who needs to consider issues around their sexuality. The services include a helpline, online chat through instant messaging, email support, information on sexual health and the Turing Network database, a public access search facility that enables anyone to look for support or services catering for the LGBT community.

FPA is a sexual health charity which gives straightforward information, advice and support on sexual health, sex and relationships to everyone in the UK.

Sex Worth Talking About

Sex Worth Talking About is a website that provides straightforward information and advice to make it easier to discuss everything to do with contraception and sexual health.

Brook provides sexual health services and advice for all young people under 25 at their services around the UK. Ask Brook offers interactive text and webchat services.

The Site is a digital lifeline for 16 to 25 year-olds. They provide non-judgmental support and information on everything from sex and exam stress to debt and drugs. TheSite’s straight-talking emotional support is available 24 hours a day. On TheSite you can chat about any issue on their moderated discussion boards and in their live chat room, browse over 2000 articles and videos full of facts you can trust, read about the experiences of other young people in their True Life section, or ask one of their trained advisors any question, whether that's about friends, dating, love or family life.