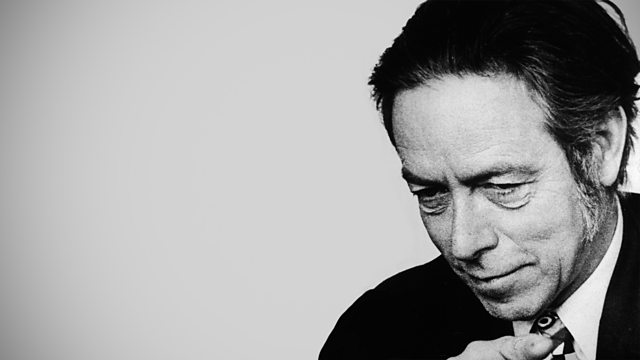 Alan Watts and the Way of Translation

On Start the Week Andrew Marr discusses the legacy of the philosopher Alan Watts with the writer Tim Lott and psychotherapist Mark Vernon. Watts popularised Buddhism and Eastern philosophy in the West and in Tim Lott's latest coming-of-age novel set in the 1970s he reflects on the power of self-discovery, while Mark Vernon questions how therapy has appropriated Buddhist ideas. The writer and translator Maureen Freely looks back at her itinerant upbringing in America, Turkey and Greece, and explores how she became the translator of other people's words and worlds, including the Nobel-prize winning author Orhan Pamuk. It's a 150 years since the first Welsh settlers established a community in Patagonia in Argentina, and the theatre director Marc Rees looks at how his countrymen retained their welsh identity in an alien landscape.

Architecture and power - from Stalinist structures to model villages

Tim Lott is a novelist.

The Last Summer of the Water Strider is published by Scribner.

Mark Vernon is a psychotherapist, writer and teacher.

The Idler Guide to Ancient Philosophy will be published by The Idler Press next month.

Maureen Freely is a novelist, journalist and translator.

Angry in Piraeus is published by Sylph Editions.

Marc Rees is a creator and curator of installation and performance.

{150} is at the Royal Opera House Stores at Abercwomboi, Aberdare until 11 July.