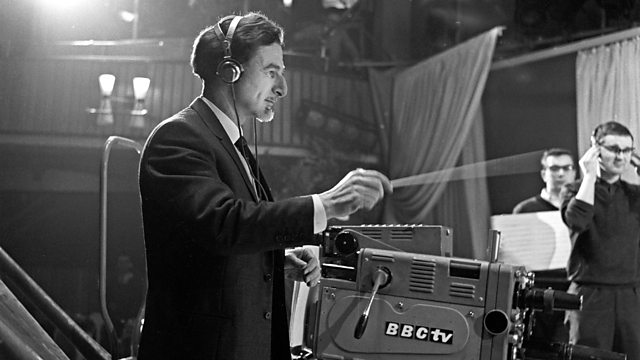 Kirsty's castaway this week is the conductor and composer Harry Rabinowitz.

His list of credits and collaborations read like a Who's Who of 20th century music - Gracie Fields, Charles Aznavour, Andrew Lloyd Webber, Matt Monro & Barbra Streisand are only a handful of the stellar names who've benefitted from his talents. He's conducted a lot of movie scores too, including Chariots of Fire and The Talented Mr Ripley; indeed the late director Anthony Minghella described him as "the UK's best kept secret".

It wasn't an illustrious start; his first job was playing sheet music for prospective customers in a Johannesburg department store - he was fired after 6 weeks. His first go at conducting was enhanced not by an elegant baton of the finest Maplewood but a rolled up old newspaper.

He's almost a hundred years old now, still plays the piano every day and only retired from the concert platform six years ago at the age of 94.

See all clips from Harry Rabinowitz (2)