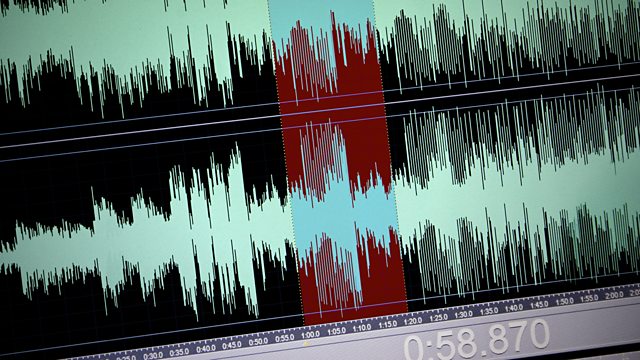 Cutting Up the Cut-Up

Writer Ken Hollings examines how an artistic device called the 'cut-up' has been employed by artists and satirists to create new meanings from pre-existing recorded words.

The writer Ken Hollings examines how an artistic device called the 'cut-up' has been employed by artists and satirists to create new meanings from pre-existing recorded words.

Today's digital age has allowed multi-media satirists like Cassetteboy to mock politicians and TV celebrities online by re-editing - or cutting up - their broadcast words. But the roots of this technique go back to the early days of the avant-garde. The intention has always been to amuse, to surprise, and to question.

The founder of the Dadaist movement, the poet Tristan Tzara, proposed in 1920 that a poem could be created simply by pulling random words cut from a newspaper out of a hat. And it was this idea of the random juxtaposition of text, of creating new meanings from pre-existing material, that so appealed to the painter Brion Gysin in the late 1950s when he and his friend, the American writer William S Burroughs, began applying the technique not just to text but to other media too - including words recorded on tape.

From that point on, the recorded spoken word cut-up acquired a voice of its own, with less random, more deliberate, planned forms starting to emerge.

Radio 4's 'On the Hour' used the cut-up to satirise the culture of broadcast news. The producer of that series, Armando Iannucci, is just one of a number of artists who talk to Ken Hollings about the evolution and impact of the technique.