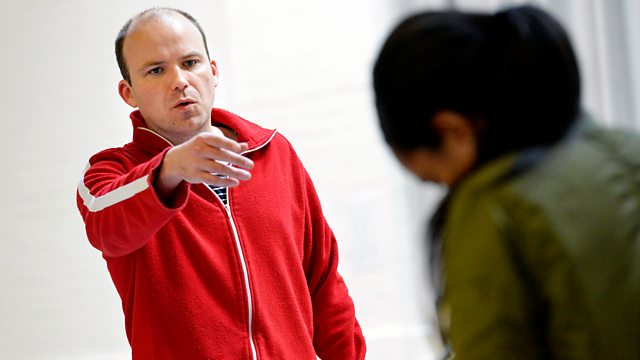 Arts news, including Nell Leyshon on her novel Memoirs of a Dipper, Rory Kinnear on Kafka's The Trial and Peter Bogdanovich's comedy She's Funny That Way. With Kirsty Lang.

Rory Kinnear talks about his latest role as Josef K in The Trial, Franz Kafka's timeless tale of ordinary terror. Josef is arrested for an unknown crime and must fight against a bureaucratic system to prove his innocence. The Trial has just opened at London's Young Vic.

She's Funny That Way sees the return to the big screen of veteran director Peter Bogdanovich. The screwball comedy follows the lives of the cast and crew of a Broadway show and stars Imogen Poots, Owen Wilson, Jennifer Aniston and Rhys Ifans. Angie Errigo reviews.

Playwright and novelist Nell Leyshon discusses her latest book, Memoirs of a Dipper, the story of a young boy born into a life of crime against the backdrop of 1980s London.

One of BBC iPlayer's first Original Drama Shorts, My Jihad returns to iPlayer as a series from Sunday. The tender and funny love story, set in contemporary Britain, explores the unfolding relationship between a young Muslim couple across three further episodes. Shahidha Bari reviews.

Rory Kinnear talks to Kirsty about his latest role in The Trial at the Young Vic Theatre.

She's Funny That Way is released on Friday 26 June, certificate 12A.

My Jihad is broadcast on BBC IPlayer.