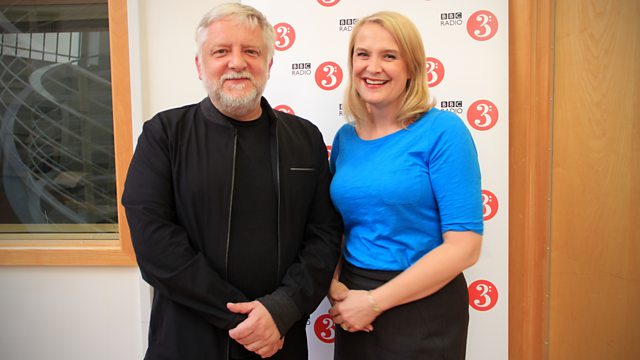 Discover definitive recordings of the greatest classical music with your trusted guide, Sarah Walker. Her guest this week is the actor Simon Russell Beale.

10am
Sarah's guest this week is the actor Simon Russell Beale. One of the greatest talents of British theatre, Simon has taken on roles including Shakespeare's King Lear and Timon of Athens at the National Theatre, and is currently starring in Steve Waters' Temple at the Donmar Warehouse. He has also received accolades for his work in television and film, including the popular spy drama Spooks. As part of Radio 3's Classical Voice season, Simon talks to Sarah about his early life as a chorister and shares a selection of his favourite classical music, every day at 10am.

10.30am
Sarah features the Building a Library recommendation from last Saturday's CD review

11am
The organist and conductor Simon Preston is Sarah's artist of the week. Preston is widely renowned as a virtuoso organist, as well as being an acclaimed conductor specialising in sacred choral music. Sarah will be sharing a selection of his finest recordings for organ across the week, ranging from Bach to Charles Ives, as well as performances that showcase Preston conducting choral works by composers including Purcell, Palestrina and Haydn.