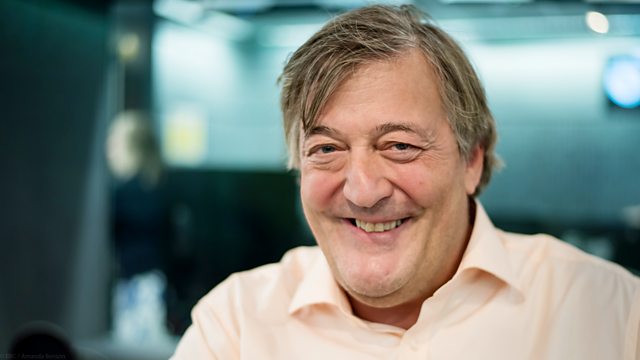 Comedian, actor, writer, director, presenter & award-ceremony host - his list of accomplishments is long, varied and impressive. His younger years were troubled and with a propensity for stealing and lying, he was expelled from two schools and imprisoned for credit card fraud. The turning point came when he knuckled down and won a scholarship to Queens' College, Cambridge, where he read English and joined the Cambridge Footlights, becoming lifelong friends with Emma Thompson and Hugh Laurie.

His career highlights include the fruits of his collaborative work with Laurie - from A Bit of Fry and Laurie to Jeeves and Wooster, he played Lord Melchett in Blackadder and Oscar Wilde on the big screen. He is a best-selling author of fiction and three volumes of autobiography, is the voice of the Harry Potter audio books and presents BBC Two's QI. He has also spoken of his experience of mental health issues and in 2006 he made a documentary exploring the effects of living with Bipolar - it won an Emmy Award.

See all clips from Stephen Fry (3)