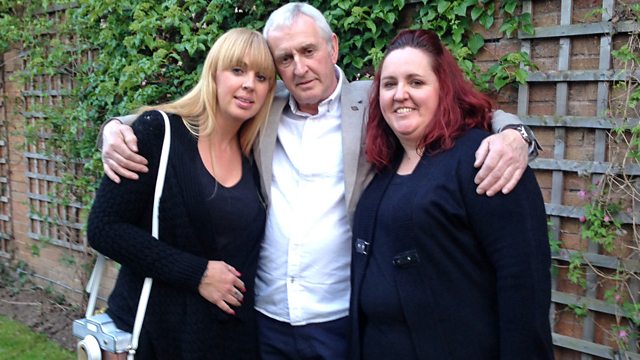 Documentary series. Photographer Claire Seville attempts to trace her father George, who left the family home when she was just three months old.

Photographer Claire Seville has no memory of her father George, who left the family home when she was just three months old. Claire's sister Sarah does remember her dad, but neither has seen or heard from George in nearly 30 years. However, recently Claire engaged the services of Leeds-based family-tracing agency Finder Monkey. These family finders have managed to track down George, who is overcome at the news his daughters have been looking for him. In a highly emotional encounter, Claire and Sarah are reunited with their father - but will he be able to explain his motives in leaving behind the two daughters he so clearly loves?

Ray Martin grew up in Newcastle with the people he thought were his natural parents, until his world was turned on its head when he was just 14. Ray overheard a late-night conversation and learned that he was adopted. As an adult, Ray devoted years to the search for his birth family but came up with nothing, until his son Alan decided to turn family finder himself and unearthed no fewer than five brothers and sisters for his dad! In this episode, Ray returns to Newcastle to meet his new-found siblings and learn more about the mother he was never able to meet.

See all episodes from Family Finders