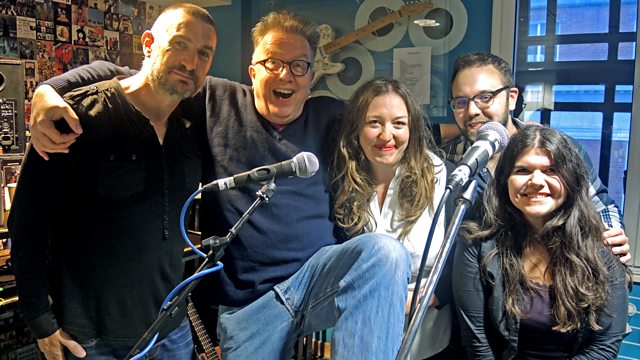 With Kathryn Williams in session

Tom Robinson has a live session from Newcastle-based singer Kathryn Williams, whose new album, Hypoxia, is inspired by Sylvia Plath's The Bell Jar.

Tom has a live session from Newcastle based Liverpudlian singer Kathryn Williams. Her new album Hypoxia is out this month, which is inspired by Sylvia Plath's novel The Bell Jar.
She released her debut album Dog Leap Stairs in 1999, with a budget of £80. 2000s follow up, Little Black Numbers, was nominated for the Mercury Prize. She signed to a major label for 2 albums but returned to her independent roots in 2005.
The new album project started in 2013 when she was asked to write something about Plath for the Durham Book Festival's celebration of her life and work. Having recorded 5 songs for the project, she found herself drawn to write more, which eventually led to this album.
Huw Stephens from Radio 1 shares his personal tip from BBC Introducing, as does one of the Introducing shows from around the UK.
At 11 o'clock Tom launches The After Hour, where he dusts off tracks from the outer reaches of his record collection.

With Mbongwana Star and Songhoy Blues in session