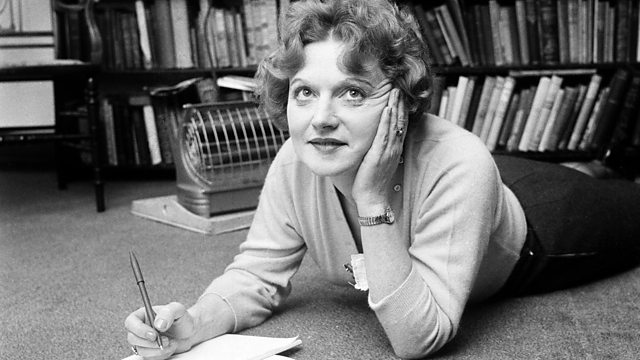 Rana Mitter talks to Laurence Scott about living in a digital world Channel 4's Humans and explores the writing of Muriel Spark with Dr Sarah Dillon as Spark's novel The Driver's Seat is adapted by Laurie Sansom for The National Theatre of Scotland. 2015 New Generation Thinker Sandeep Parmar discusses diversity in contemporary British poetry and the shortlists for this year's Forward Prizes. Painter Chris Gollon is touring British cathedrals with an exhibition of religious art.

Humans screens on Channel 4 on Sunday nights at 9pm.
Laurence Scott's book is called The Four-Dimensional Human: Ways of Being in the Digital World.

The National Theatre of Scotland's production of The Driver's Seat is at the Edinburgh Lyceum from June 13th - 27th and then at Glasgow Tramway from July 2nd to July 4th.

You can hear Dr Sarah Dillon - one of the 2013 Radio 3 and AHRC New Generation Thinkers - analysing the work of various writers including Muriel Spark on BBC Radio 4's Open Book.

The 2015 Forward Poetry Prizes are announced on September 28th when the 24th annual Forward Book of Poetry, containing the judges' choice of the year's poems will be launched.

Political and Bardic Traditions in Wales

Chris Gollon's painting "takes partial inspiration from Carol Ann Duffy’s poetry collection ‘The World’s Wife’. Gollon has chosen to depict her at the very moment she becomes aware of the double death, that of Jesus her Saviour dead on the Cross and that of her husband, whose suicide note she holds in her right hand."