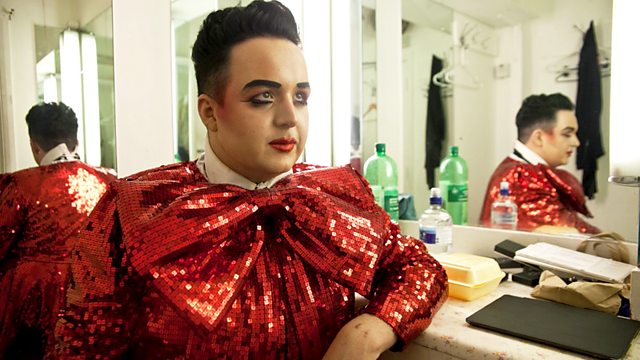 When artist Scottee decided to invent fat beauty pageant Hamburger Queen, he wanted to celebrate people he was sick of hearing described as sad, lazy and a drain on the NHS.

When performer and artist Scottee decided to invent a fat pride talent show and beauty pageant, he wanted to find the most successful, beautiful, glorious fat person ever. And he wanted to celebrate the lives and bodies of people, he was sick of hearing described as sad, lazy and a drain on the NHS. He created Hamburger Queen.

Little did Scottee realise that his search for a winner would involve a messy confrontation with the politics of fat-shaming, self-esteem and the unadulterated pleasure of dressing up and showing off. And glitter.

It would also lead him to reconsider his own - and our - attitudes to fat.

Is the world ready for Scottee's personal brand of fat activism? You be the judge.