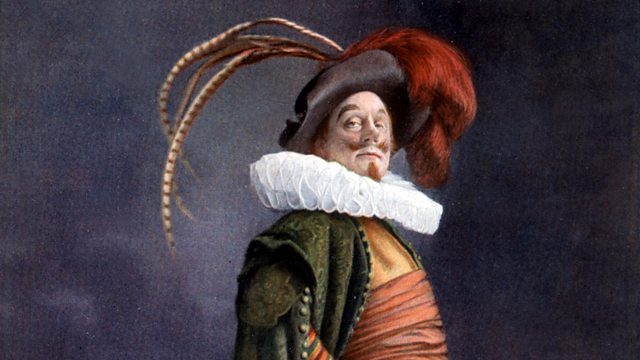 4 Extra Debut. The swordsman, philosopher and poet has one huge problem that's as plain as the nose on his face. Starring Tom Burke.

Glyn Maxwell's adaptation of Cyrano de Bergerac by Edmond Rostand. Swordsman, Philosopher, Poet Raconteur - Cyrano is all of these things , but none of them make him happy. What he wants more than anything is the love of the beautiful Roxane. But he has one huge problem that is as plain as the nose on his face. Is he too ugly to be loved ? Especially when the new handsome cadet Christian de Neuvillette also declares his love for her .

Music by Harry Blake
Directed in Salford by Susan Roberts.