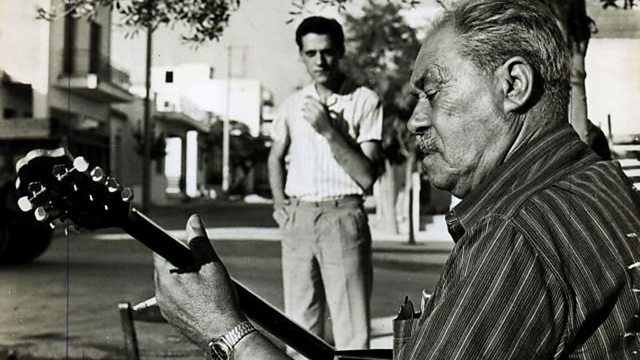 Mary Ann Kennedy presents new music from around the world plus live traditional Greek music from Stelios Vamvakaris, in a tribute to his father, the maestro Markos Vamvakaris.

Mary Ann Kennedy with new tracks from across the globe, plus live traditional Greek music from bouzouki player Stelios Vamvakaris in a tribute to his father, Markos Vamvakaris, the so-called Patriarch of Rebetiko, on the 40th anniversary of his death. Stelios brings to our session a stellar line-up of top Greek musicians on guitar, accordion and percussion.

Plus the latest from BBC Introducing, and another dip into the Radio 3 World Music Archive.