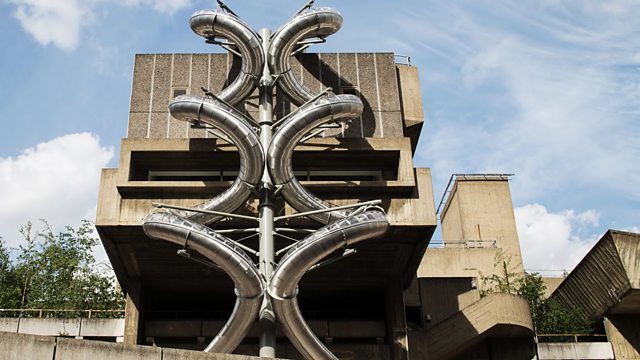 Matthew Sweet presents. With a focus on an exhibition of Carsten Holler's art at London's Hayward Gallery, plus a discussion about fairgrounds, circuses and the idea of the freak.

Carsten Höller - the man who puts slides into Tate Modern - opens his first major survey at the Hayward Gallery. Called Decision - it features mirrors and mysterious objects. Todd Browning's 1932 American horror film Freaks features characters played by people who worked as carnival sideshow performers. Sheffield Documentary Festival has just opened with the world premiere of a film and music extravaganza, The Greatest Shows on Earth: A Century of Vaudeville, Circuses and Carnivals. With the Elephant Man on stage in the West End, Matthew Sweet looks at fairgrounds, circuses and the idea of the freak.

Matthew Sweet is joined by Vanessa Toulmin, Director of the National Fairground Archive, Dr Helen Davies and performance artist Martin O'Brien and at the Hayward by art critic Charlotte Mullins

Carsten Höller: Decision runs at Hayward Gallery from June 10th to September 6th 2015
Neo-Victorian Freakery: The Cultural Afterlife of the Freak Show by Helen Davies will be published by Palgrave Macmillan in September
The Elephant Man starring Bradley Cooper runs at the Theatre Royal Haymarket until August.
The Sheffield Doc/Fest runs until June 10th. The Greatest Shows on Earth: A Century of Vaudeville, Circuses and Carnivals is directed by Benedikt Erlingsson