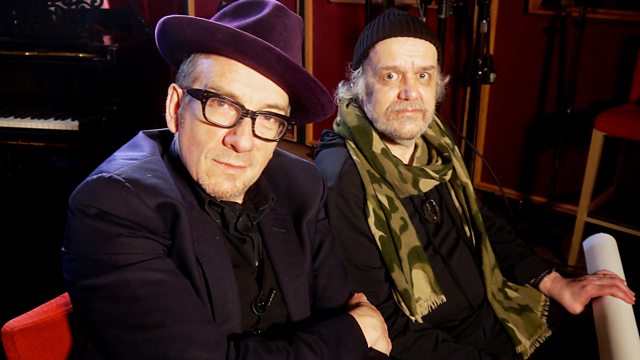 Documentary following photographer Chalkie Davies as he prepares for his first major exhibition, which is opening at the National Museum of Wales in Cardiff.

In the late 70s Chalkie Davies was a photographer at the New Musical Express, taking pictures of bands like Thin Lizzy, the Clash, the Sex Pistols and many more. Now, as his first major exhibition opens at the National Museum of Wales in Cardiff, and showing as part of BBC Music Day, he looks back on an extraordinary life, and old friends like Elvis Costello reflect on how Chalkie's images are so enduring.

Chalkie Davies was born in Sully just outside Cardiff and his first job was as an engineer at Heathrow Airport. But he was always a keen amateur photographer and when he won a camera club competition in 1973 the door opened onto a career in rock 'n' roll.

He was allowed in to take pictures on the last night of David Bowie's legendary Ziggy Stardust tour and the results were so good he never looked back. Joining the New Musical Express in the mid-70s, he was in the right place at the right time and became a favourite amongst the punk and new wave bands including the Clash, The Specials, Squeeze and Elvis Costello.

Chalkie's pictures summed up the era and many are classics of rock and roll photography. But by the mid-80s he'd become disenchanted with the music business, where image mattered more than music. The death of his close friend Phil Lynott, leader singer of Thin Lizzy, led Chalkie to quit rock music.

For 25 years Chalkie's collection of rock images remained hidden away until an invitation from the National Museum of Wales led him to bring them out for a new generation. This documentary follows Chalkie as he prepares for the exhibition, revisits his childhood haunts and reflects on an extraordinary career.

There are contributions from many of the musicians he photographed including Elvis Costello, Chris Difford of Squeeze, songwriter Nick Lowe, the Specials mainman Jerry Dammers and punk poet John Cooper Clarke.