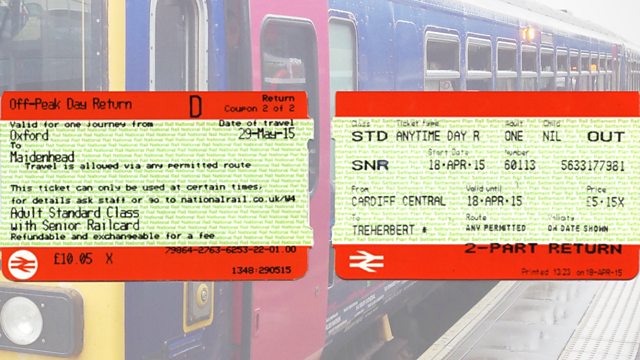 Consumer affairs. How do NHS patients benefit when their hospital is fined for missing its performance targets? Plus the enduring appeal of the nautical look.

Figures obtained exclusively by You & Yours suggest that NHS hospital trusts in England have been fined more this year for missing performance targets than ever before. We ask how patients benefit when hospitals are fined.

Britain's train tickets have been re-designed, to make them clearer, easier and simpler to understand. The new tickets are now being rolled out across the country. But it's claimed that the new tickets are actually more cluttered, more confusing and harder to read than the old ones.

The so-called "free" phone numbers that aren't free when called from a mobile. The phones regulator is changing the rules so calls to 0800 and 0808 numbers will soon be free from personal mobiles.

And the enduring appeal of the nautical look - what is it about blue and white stripes that never goes out of fashion?

Call You and Yours: Cosmetic Procedures