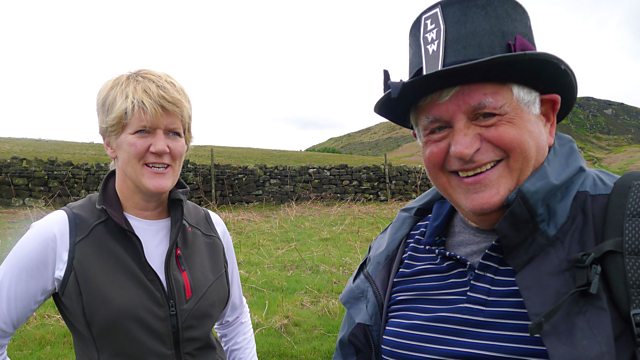 Clare undertakes a section of the Lyke Wake Walk on the North York Moors.

Clare Balding undertakes a section of the Lyke Wake Walk on the North York Moors. The route was originally devised sixty years ago by a local farmer who issued a challenge in the Dalesman magazine. He thought it might be possible to cross 40 miles of the Moors from near Osmotherley to Ravenscar in 24 hours, crossing only one or two roads. A club was formed following the first successful crossing, and with a blackly humorous nod to the pain and suffering endured by walkers, a tradition grew of reciting an ancient song known as the Lyke-Wake Dirge which tells of the soul's journey from earth to purgatory. The route was named after this dirge. Clare is joined by veterans and newcomers to the walk, who are known - depending on the number of crossings they've made - as Dirgers, Witches, Doctors of Dolefulness, Masters of Misery or, the most senior of all, Past Masters or Mistresses.