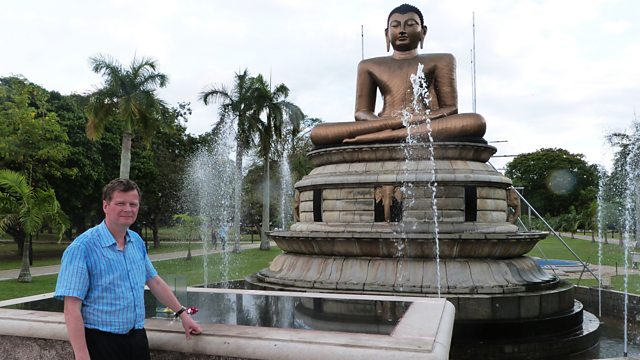 The Dark Side of Buddhism

Charles Haviland reports on a militant, violent strain of Buddhism which has emerged in Sri Lanka.

A well respected senior monk groans in pain in a hospital bed. He's been attacked after speaking out against extremist Buddhist groups turning on their Muslim and Christian neighbours. A rally by orange-robed monks in a Muslim area turns into a riot. When order is restored two Muslims and a Tamil security guard lie dead. Christians are threatened and intimidated.

Charles Haviland, the BBC's South Asia editor and former correspondent in Sri Lanka, explores why a militant, violent strain of Buddhism has emerged in recent years. They claim Buddhism in Sri Lanka is under threat and they need to act to preserve a way of life which is being eroded. He meets victims of the militant monks and hears Buddhist elders condemn the violence as against Buddhist principles, but they have no control over the nationalistic, hardline followers of the Bodu Bala Sena group.

Recent elections in Sri Lanka have led to a change in government, and the new Minister for Buddhist Affairs says the law will be applied more rigorously to clamp down on groups agitating religious tensions. But already there is a new flashpoint at a mosque, which the militant monks say is actually an older Buddhist shrine. The government has backed them, and ordered the mosque demolished. Does more religious trouble lie ahead in Sri Lanka?