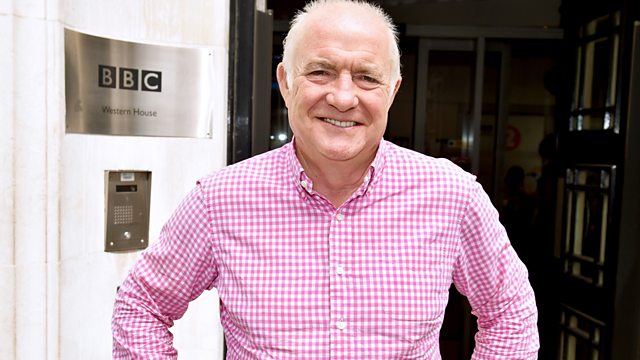 Rick Stein talks Sheila Dillon about the early years - family and academic failure, losing his father and becoming a DJ, club owner and eventually a chef.

In Part 1 of a 2 part special, Rick Stein talks to Sheila Dillon about his early years. From growing up on a farm in the Cotswolds and family holidays to Cornwall he discusses a privileged upbringing but with the pressure of being born into a family of academic high achievers and the impact of his father's suicide while a teenager.

Despite failing his A-levels, becoming well-read and his experience travelling won him a place studying at Oxford University and he describes his path into food as 'accidental' - first becoming a DJ and then running a raucous nightclub - serving Vesta meals - which got shut down by the police. His remaining licence allowed him to open a restaurant, starting his path to culinary success. The Seafood Restaurant celebrates its 40th anniversary this year.

This programme was recorded in May in front of a live audience at the Bristol Food Connections Festival.

In Part 2 Rick goes on to discuss being discovered in television - first appearing with Keith Floyd and going on to cook and travel around the world.

Presented by Sheila Dillon and Produced by Anne-Marie Bullock.