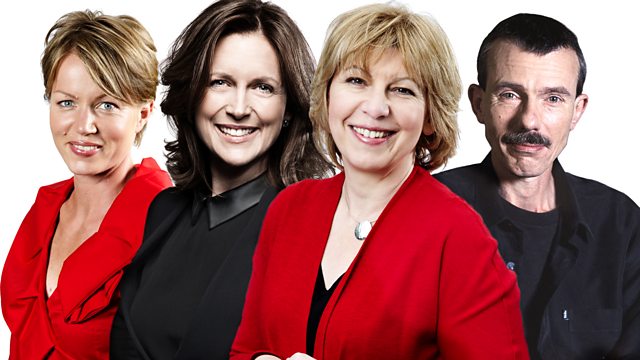 Penny Gore presents a sparkling performance of Donizetti's witty comedy recorded in April this year at the Vienna State Opera, starring the tenor Juan Diego Florez in one of his signature roles as Ernesto, the buffo bass Michele Pertusi in the title role, and 2011 Cardiff Singer winner Valentina Nafornita as Norina.

The old, wealthy, but miserly bachelor Don Pasquale wants to marry off his nephew Ernesto to a wealthy woman, but Ernesto prefers a love match with the young, penniless widow Norina. Pasquale disinherits him and decides to take a young wife of his own, to the advice of his friend and doctor, Malatesta. But the young couple run rings around him, and the moral of the story is: don't marry in old age.

Plus more from the 2014 Prague Spring Festival.

The old bachelor Don Pasquale wants to marry in order to punish his rebellious nephew, Ernesto, by providing himself with an heir and cutting the young man off without a penny. Dr. Malatesta, calling on Pasquale in his sunny morning room, suggests as a bride his own beautiful younger sister, whom he compares to an angel. Delighted, Pasquale tells him to arrange a meeting at once and pushes Malatesta from the room; even now the old man feels his youth returning. When Ernesto comes from his room, he again refuses to marry a woman of his uncle’s choice, saying he loves the widow Norina; the old man tells Ernesto he will have to leave the house. Pasquale then announces his own marriage plans to his astonished nephew. With no inheritance in the offing, Ernesto sees his dreams evaporating. To add insult to injury, he learns that his friend Malatesta has arranged the marriage of Pasquale, who gloats over Ernesto’s discouragement.

On her terrace Norina reads a romance, laughing at the feminine wiles it describes and taking stock of her own caprices. Suddenly depressed by a farewell note from Ernesto, she is cheered by the arrival of Malatesta, who is plotting on the lovers’ behalf. He suggests she impersonate his sister, marry Pasquale in a mock ceremony and drive him to such desperation that he will be at their mercy. Norina declares her willingness to play her role as a convent-bred country girl and goes about rehearsing gestures.

In Pasquale’s living room, Ernesto, ignorant of Malatesta’s scheme, bewails the prospective loss of Norina. He leaves at the arrival of his uncle, who is presenting himself for an interview with the bride-to-be. Pasquale is enchanted when Malatesta introduces the timid “Sofronia” and resolves to marry at once. At the wedding ceremony that follows, Ernesto bursts in and denounces Norina’s faithlessness; Malatesta, aside, quickly informs him of the ruse, lest he ruin it, so Ernesto plays witness to the contract. No sooner has the Notary sealed the document and Pasquale bequeathed his fortune to his bride than Norina turns from demure ingenue to extravagant hussy. While Pasquale protests, Norina, Malatesta and the now convinced Ernesto delight in their success.

In the redecorated living room, Pasquale is confronted by the stack of bills his new “wife” has amassed. When the servants arrive laden with more purchases, the furious old man resolves to assert his rights as husband. Elegantly dressed, Norina sweeps through the room on her way to the theater, giving Pasquale a slap when he tries to bar her way. As she leaves, airily saying she will return in time to wake him the next morning, she drops a letter from an unknown suitor appointing a rendezvous in the garden that night. The desperate Pasquale sends for Malatesta, then leaves the servants to comment on the advantages of working in a household fraught with such confusion. Later, Ernesto promises Malatesta to be in the garden that evening. Alone with Pasquale, Malatesta assures the old man they will trap “Sofronia” in a compromising situation. The vengeful Pasquale agrees to leave everything to Malatesta.<?xml:namespace prefix = o ns = "urn:schemas-microsoft-com:office:office" />

In the starlit garden, Ernesto serenades Norina, who responds rapturously. Their idyll is interrupted by Pasquale and Malatesta – too late to catch the young man, who slips into the house while Norina plays the innocent wife. Malatesta now announces that Ernesto is about to introduce his own bride, Norina, into the house. Norina, still playing her part, huffily exclaims she will never share the roof with another woman. She threatens to leave, at which Pasquale cannot contain his joy. Ernesto appears, and over “Sofronia”s mock protests Pasquale grants permission for Ernesto to marry Norina, with his inheritance. Dumbfounded to discover Norina is none other than “Sofronia,” Pasquale gives the couple his blessing and joins in observing that marriage is not for an old man.