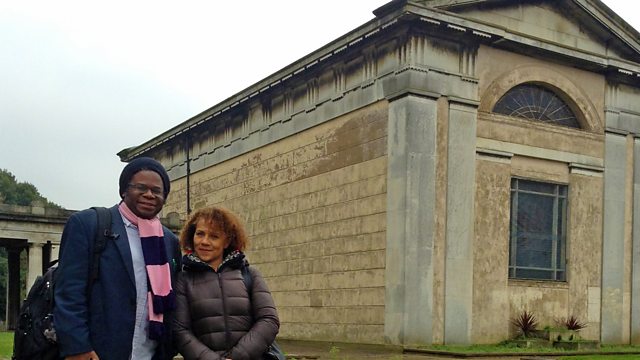 In Search of the Black Mozart
Episode 1 of 2

Chi-chi Nwanoku visits the British Library to find out more about Ignatius Sancho, who was born into slavery but became the first person of colour in Britain to have the vote.

Chi-chi Nwanoku has spent her career travelling and performing in concert halls the world over as the principal double bassist of the Orchestra of the Age of Enlightenment. More recently, she's been on a personal journey seeking out the lives and careers of black classical musicians from the eighteenth century who like her, played and composed music at the highest levels. In some cases, slivers of their lives are on record but you have to be quite determined to find out.

Chi-chi puts the record straight and with the help of some of the finest musical researchers around, she brings to the fore the music and lives of musicians like violinist/composer Joseph Emidy, virtuoso violinist George Bridgetower and composer Joseph Bologne, aka Chevalier de St-George who not only met Mozart in his lifetime, but who was known by all those who heard his music as the 'Black Mozart'.

In today's programme she visits the British Library to find our more about Ignatius Sancho - someone who was born into slavery and ended up being the first person of colour in Britain to have the vote. Also of interest to Chi-chi are his musical compositions which are held at the British Library. Together with music curator, Nicolas Bell and Sancho expert Professor Brychhan Carey the three of them assess Sancho's musical ability and life.

In a more sinister turn of events, Chi-chi talks to Handel scholar, Dr. David Hunter who shares his research which reveals that Handel, whilst composing some of the most beautiful music around was an investor in slavery.

She also hears about the violinist and composer Joseph Emidy who became a musical star of Cornwall's music scene and meets up with one of his musical ancestors.

See all episodes from In Search of the Black Mozart