BBC One
The Dome: A Secret of World War Two
Main content 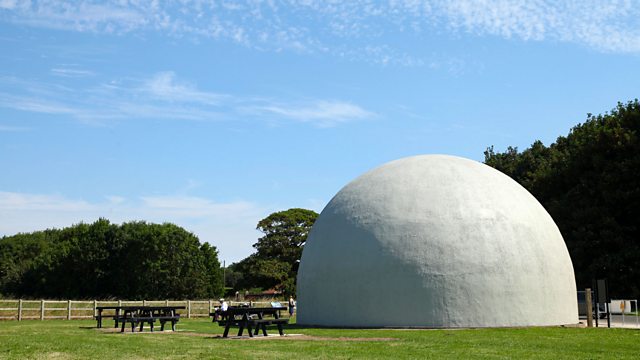 The Dome: A Secret of World War Two

Stephen Fry reveals the secret of the Langham Dome in Norfolk, a building that holds a special place in the history and which was recently rescued from ruin by enthusiasts.

Known affectionately as the Christmas Pudding, the Langham Dome holds a special place not only in the history of warfare but also in the development of 21st-century entertainment. Recently rescued from ruin by a dedicated bunch of enthusiasts after 50 years, its secrets are finally revealed.

See all clips from The Dome: A Secret of World War Two (2)

Langham Dome in north Norfolk, one of only six remaining training domes in the country, was built in 1942 and sits on the edge of a former RAF base.

Film of enemy planes was projected onto its walls for target practise.

A museum in the restored concrete structure has been restored following grants from English Heritage and the Heritage Lottery Fund.

Read the full feature on the BBC News website