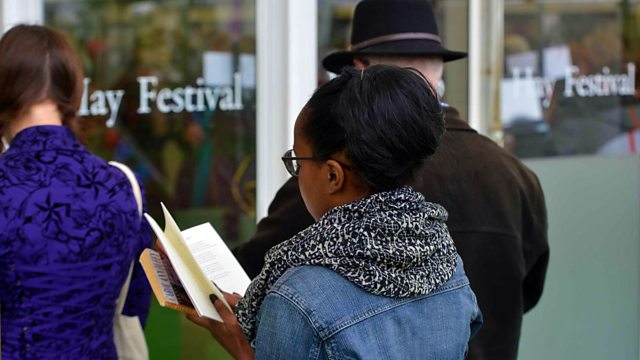 Time for One More Question

Love is put through the toughest Q and A in this comedy of festival manners written by Glyn Maxwell and recorded on location at Hay Festival.

1988 - the first year of the Hay Festival - arrogant schoolboy Roland hears teenage literary hopeful Melanie Carlow read her poem at a New Poets event - and he asks her a 'Terrible Question'. She's distraught and he's thrown out.

2015 - Melanie Carlow is now an award winning poet, Roland's an unemployed poet. He hears her on the radio saying that for 27 years she's tried to answer that schoolboy's 'Terrible Question'. It made her the writer she is. So he gets on a coach to Hay-on-Wye to ask his question again...

Love is put through the toughest Q and A in this comedy of festival manners.

With Glyn Maxwell, Ian McMillan and Simon Armitage as themselves and Peter Florence as Norman Florence.

Have You Seen This Child?