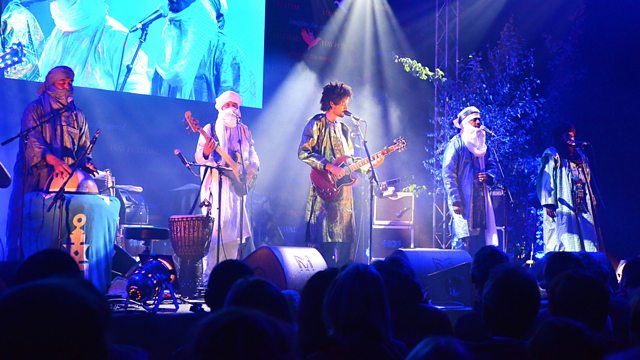 Lopa Kothari - Tinariwen in Session at the Hay Festival

Tinariwen have for a decade been one of Mali's leading bands, their songs telling the stories of nomadic life in the Sahara, as well as highlighting current political concerns. This concert celebrates Hay's links with Timbuktu, once Tinariwen's home city, but since the violence of 2012-13 they have not been able to return there. Support band Maelog are a Welsh-Galician roots collective whose uplifting songs feature traditional pipes from both shores with an array of strings and percussion.

Part of Radio 3's week-long residency at the Hay Festival, with programmes CD Review, Lunchtime Concert, In Tune, Free Thinking, The Verb, and The Essay all broadcasting from the festival.