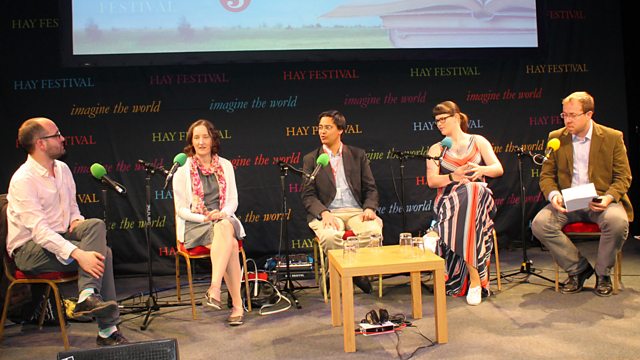 In a discussion held in front of an audience at the 2015 Hay Festival, Rana Mitter introduces some of the young academics announced as the 2015 New Generation Thinkers.

Recorded earlier this week at the Hay Festival 2015, Rana Mitter introduces some of the young academics who have just been announced as this year's New Generation Thinkers in the scheme run by BBC Radio 3 and the Arts and Humanities Research Council. They discuss their areas of research which range from Victorian widowhood to the secret discovered hidden in a chair in Prague, Cardinal Wolsey's relationship with Rome and a 17th century faith-healer called Greatrakes the Stroker.

Part of Radio 3's week-long residency at the Hay Festival, with programmes CD Review, Lunchtime Concert, In Tune,The Verb, The Essay and World on 3 all broadcasting from the festival.