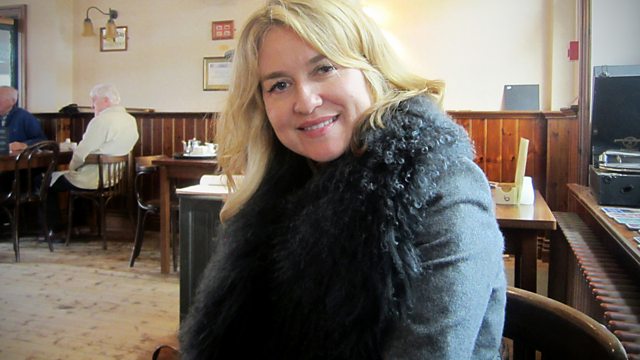 Antonia Quirke hears listeners' memories of the day that a film crew rolled into town or took over their street.

The Film Programme gathers listeners' memories of the day that a film crew rolled into town or took over their street. Antonia Quirke hears from Mr Turner production designer Suzie Davies who transformed a land-locked house in Hertfordshire into the painter's Thames-side residence, by the simple expedient of digging up the garden and filling it with enough water to make it look like a river. And talks to the home's owner, Gloria Thompson, about what it was like to see your manicured lawn dug up.

Antonia also visits Lyme Regis, famously used in The French Lieutenant's Woman and Persuasion, and hears from a shop-keeper who kept the Victorian facade built by an art director twenty years after the crew had left the town. The final stop of the tour is Carnforth Station, the prime location of Brief Encounter, which welcomes thousands of visitors every year to their recreation of the famous refreshment room where Celia Johnson and Trevor Howard first met.

If you have rubbed shoulders with a movie star as an extra, or if your living room was transformed into a film set, or even if your front door has made a uncredited cameo in a British movie. No matter how fleeting the appearance, The Film Programme would like to hear from you if you’ve experienced 15 seconds of movie fame.  Contact us at TheFilmProgramme@bbc.co.uk