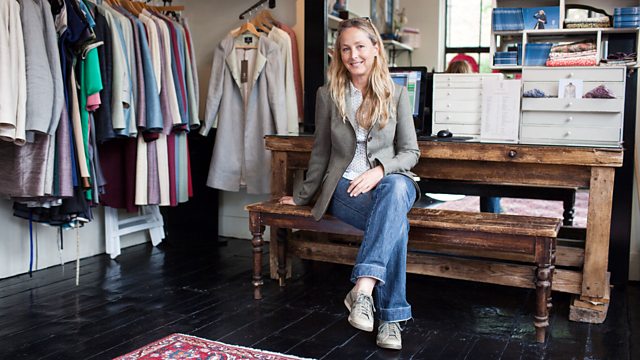 Itay Talgam is a former symphony orchestra conductor who trained under Leonard Bernstein and has conducted orchestras around the world including the St. Petersburg Philharmonic, the Israel Philharmonic, and the Leipzig Opera House. He now teaches leadership to organisations around the world. In his book, the Ignorant Maestro, he explores how the techniques of leading an orchestra can be applied to leadership in business, government and academia. The Ignorant Maestro - How Great Leaders Inspire Unpredictable Brilliance is published by Portfolio Penguin.

Katherine Hooker is a fashion designer who is best known for her fitted coats, jackets and waistcoats. Her clients include the Duchess of Cambridge, Yoko Ono and Meryl Streep. Her inspiration came from a coat she found when she was 18 in a Jerusalem flea market. When it wore out she had a pattern made up and found a clothing manufacturer to create a range which evolved into her classic braid coat design. Katherine Hooker, 19 Ashburnham Road, London, SW10 0PG.