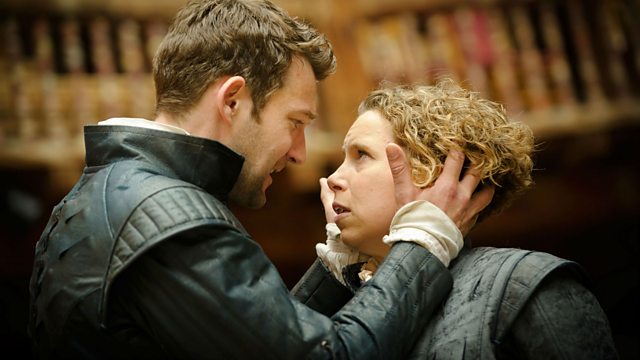 Juliet Stevenson, Niamh Cusack and Michelle Terry on playing Rosalind, Timbuktu reviewed by Lindsey Hilsum, the economics of literary festivals and remakes of films from the 1980s.

As a new production of As You Like It opens at the Globe Theatre in London, Michelle Terry talks about taking on the role of Rosalind, arguably Shakespeare's meatiest female role. Actors Niamh Cusack and Juliet Stevenson who've played her in the past also describe the pleasures and challenges of playing her.

Timbuktu was nominated for Best Foreign Film at the Oscars and depicts what happens to one family when the city is overrun by fanatical jihadis. Channel 4 News' International Editor Lindsey Hilsum reviews.

As the Hay Festival gets under way, Front Row takes a look at how literary festivals have multiplied in recent years. Are they all economically sustainable? Kirsty asks Peter Florence, director of the Hay Festival; Fiona Razvi of the Wimbledon Bookfest, and bestselling Chocolat author Joanne Harris.

Step into the cinema and you might feel you've stepped back in time - re-makes of films from the 1980s including Mad Max, Poltergeist, Ghostbusters and Terminator are currently showing or due to hit our screens soon. Adam Smith muses on why so many movies from the 1980s, not known as a great decade for classic cinema, are having a revival.

Michelle Terry is Rosalind in As You Like It at Shakespeare’s Globe in London until 5 September 2015.

Timbuktu is in cinemas from Friday 29 May, certificate 12A .

Poltergeist is in cinemas now, certificate 15.