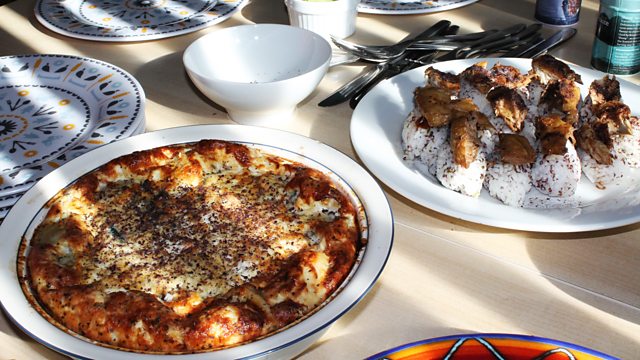 Highly regarded for its health benefits, people have been eating seaweed for millennia. Sheila Dillon meets new entrepreneurs hoping to find seaweed a place on our dinner tables.

Highly regarded for its health benefits, people living by the shore have been eating seaweed for millennia. In Ireland, it was part of a prehistoric diet, and taken to ward off illness. In New Zealand, seaweed was a Maori delicacy. In Iceland, it was served daily, dried with fish, butter and bread. And seaweeds in many forms continue to be a major part of day to day cooking in China, Japan and Korea.

According to the UN's Food and Agriculture Organisation, the harvesting of seaweed for food is worth upwards of 5 billion US dollars every year.

Yet many of us still associate the greens with Asian food, or experiments in haute cuisine.

But now a new generation of wild food entrepreneurs, are asking us to change our habits, and to rethink seaweed as something that can be enjoyed in every meal, for every occasion.

Sheila Dillon hears stories of finding food from the sea. People harvesting and cooking with seaweed. And as seaweed enters the mainstream, she hears how age old harvesting traditions, could be under threat.

This programme includes the fifth instalment from the Ark of Taste series.

Presented by Sheila Dillon and produced in Bristol by Clare Salisbury.