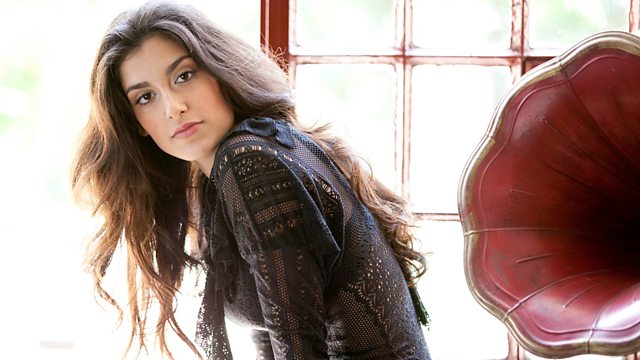 Mary Ann Kennedy presents new music from around the world, plus Jerusalem-born singer Mor Karbasi in a live studio session with her blend of Ladino and Latin American folk songs.

Mary Ann Kennedy with new music from across the globe, plus the Jerusalem-born singer Mor Karbasi in a live studio session.

Since she broke into the World Music scene in 2008, Mor, based now in Seville, has mesmerised audiences with her blend of Ladino songs, music from the exiled Jews of Spain, and Latin American as well as European folk songs. Mor produces her own material, which she's been composing from an early age, but also relies on traditional songs across continents, performing in Ladino, Hebrew, Arabic and Spanish providing a fascinating bridge between ancient cultures and traditions.

Plus the latest from BBC Introducing, and another dip into the Radio 3 World Music Archive.
World on 3 sessions are available for download as a podcast via the home page.

Lopa Kothari - Tinariwen in Session at the Hay Festival