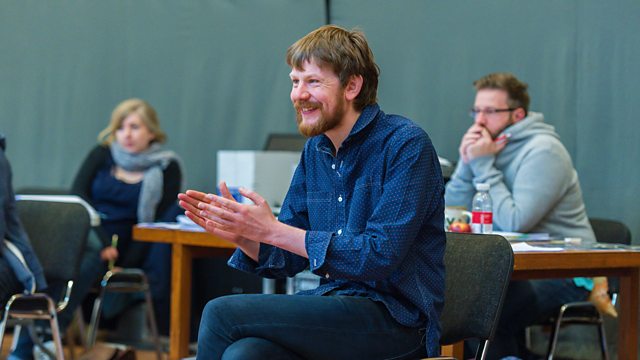 Anne McElvoy presents. With a debate about work and fulfilment, actor Julian Glover on reworking Beowulf for the stage, and Lucy Powell and Simon Godwin on The Beaux' Stratagem.

Are work and progress making us inhuman? Anne McElvoy is joined by Steve Hilton, a former Senior Advisor to David Cameron, and Peter Fleming, Professor of Business and Society at City University, London.

Steve Hilton's new book, More Human, argues that as our world has become more industrialised our lifestyles are becoming more impersonal. He suggests that greater fulfilment would result if we created a more local, more accountable and more human way of living. Peter Fleming's new book is called The Mythology of Work - How Capitalism Persists Despite Itself .

Actor Julian Glover performs an extract from Beowulf and talks about reworking the Old English poem for stage as he prepares to hand over to his son the show which he has taken to theatres over the last 30 years.

Julian Glover's last performances of Beowulf are at the Globe Theatre in London on Sunday May 24th at 1.30 and 7pm.

New Generation Thinker Lucy Powell joins director Simon Godwin to discuss a new production of The Beaux' Stratagem at the National Theatre. How feminist is Farquhar's comedy about love, money and marriage?

The Beaux' Stratagem runs in rep at the National Theatre until mid September.