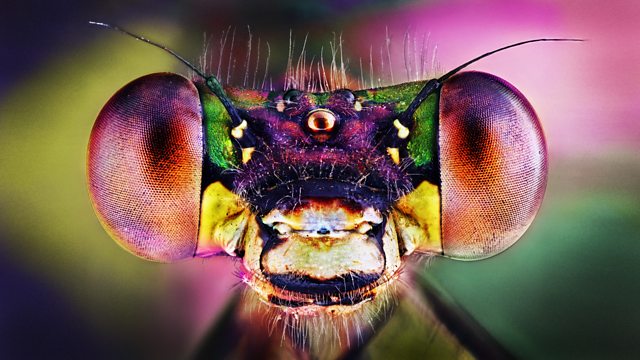 Sebastian Baczkiewicz's fusion of drama and real voices, inspired by Kafka's The Metamorphosis. A man in his bedroom hears from a series of self-help experts via the internet.

Gregory lives at home with his Dad. When an alarming condition leaves him incapacitated he takes advice from a series of therapists via the internet: a lifecoach, a GP, a healer and a dating expert.

Mr Rainbow fuses elements of drama with real voices and is inspired by The Metamorphosis by Franz Kafka. Part of Radio 3's series "In the Shadow of Kafka" exploring the enduring power of the writer's work.

It includes:
Sunday Feature, Prophet of Prague, Sun 10th May 1845
Drama on 3, The Process, Mark Ravenhill's adaptation of The Trial, Sun 10th May 2200
The Essay, Encounters with Kafka by five contemporary writers, Mon-Fri 2245
Jazz on 3: A session from British quartet Blue Eyed Hawk inspired by Kafka's short stories. Mon 11th May 2300.