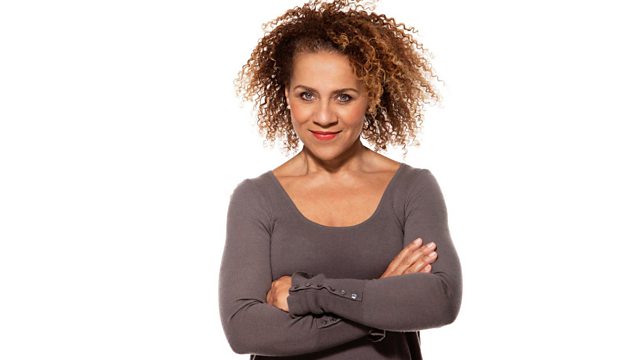 Libby Purves meets Ingrid von Oelhafen, who was taken from her family in Yugoslavia as a baby and brought up as an Aryan child in the Nazi Party's notorious Lebensborn programme.

Libby Purves meets Ingrid von Oelhafen who was taken from her family in Yugoslavia as a baby and brought up as an Aryan child in the Nazi Party's notorious Lebensborn programme; photographer turned top hat seller Colin Rosie; musician Chi-chi Nwanoku and Tristan Gooley, writer and expedition leader.

Colin Rosie is a photographer turned top hat seller. In 2013 he found himself homeless after the collapse of his business. He spent months sleeping rough until financial help from a charity enabled him to start a new business selling top hats. He buys and restores vintage and modern hats from top hats to fedoras and trilbies which he sells on the Last Stop for the Curious stall at London's Spitalfields Market.

At nine-months-old Ingrid von Oelhafen was removed from her parents in Yugoslavia by the Nazis and adopted into a German family as part of the Lebensborn programme. Founded by Heinrich Himmler, the Lebensborn programme was established to increase Germany's Aryan population and create a master race. In her book, Hitler's Forgotten Children, Ingrid tells how she finally discovered the truth about her background. Hitler's Forgotten Children by Ingrid Von Oelhafen and Tim Tate is published by Elliott And Thompson.

Chi-chi Nwanoku MBE is principal double bass and a founder member of the Orchestra of the Age of Enlightenment (OAE) which celebrates its 30th anniversary this year. She presents a two-part documentary for Radio 4 - In Search of the Black Mozart - in which she tracks down some of the great black composers and performers of the 18th century. The Orchestra of the Age of Enlightenment's 30th birthday season begins at the Southbank Centre this autumn.

Tristan Gooley is a writer and expedition leader. His speciality is natural navigation - the art of finding your way using nature including the sun, moon, stars, weather, land, sea, plants and animals. His book, The Walker's Guide to Outdoor Clues and Signs, is published by Sceptre.