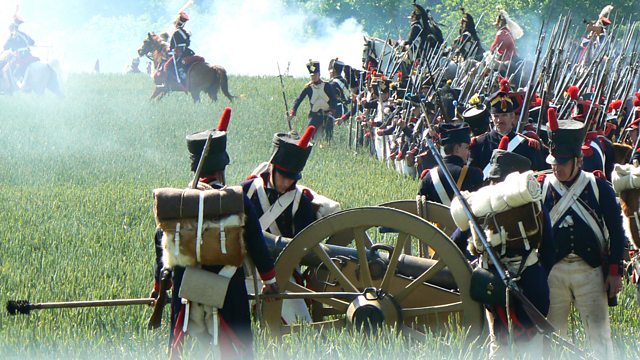 From the Peasants' Revolt to modern tax avoidance schemes, Paul Lewis looks back at the ways people have tried to avoid paying tax and asks what we can learn from history.

'Defeating the French was critical' - taxes were often levied to fight wars against the French but this didn't mean that people always paid them.

All through history people have wanted to get one over on the tax man. Whether it was the peasants of the 14th century who hid their fellow villagers to avoid the Poll Tax, homeowners in the 18th century who promised their votes to those tax collectors who would turn a blind eye to the window tax or the rich money men of the 1970s who would pay clever accountants to construct shell companies to avoid income tax. It has created a headache for governments throughout the ages. Paul Lewis looks at what can history tell us about what is a fair rate of tax, what will bring in the most revenue and asks when did paying your taxes become a moral issue.

Juliet Barker: Author and historian of the ‘Peasants’ Revolt’

A history of tea

William Pitt and his Taxes