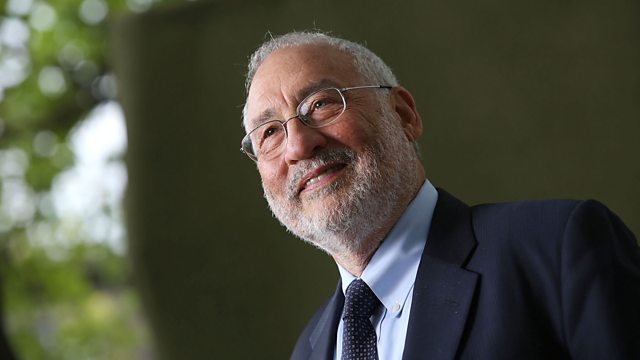 On Start the Week Andrew Marr finds out if it's possible to create a world less impersonal and more equal. David Cameron's former senior adviser, Steve Hilton, believes our governments and institutions are too big, and he argues for a more human-focused society. The US economist Joseph Stiglitz tackles rising inequality in the West and blames the unjust and misguided priorities of neoliberalism. The Russian writer Masha Gessen looks at the struggle between assimilation and alienation as she asks why two brothers turned terrorist, bombing the Boston Marathon.

Joseph Stiglitz is University Professor of the Columbia Business School, and former Chief Economist at the World Bank.

The Great Divide is published by Penguin.

Steve Hilton is co-founder and CEO of the American grassroots political website Crowdpac, and former Director of Strategy for David Cameron.

Masha Gessen is a Russian-American journalist, author and activist.

The Tsarnaev Brothers: The Road to a Modern Tragedy is published by Scribe.

Masha will be speaking at the Free Word Centre as a guest of English PEN on Tuesday 19 May.