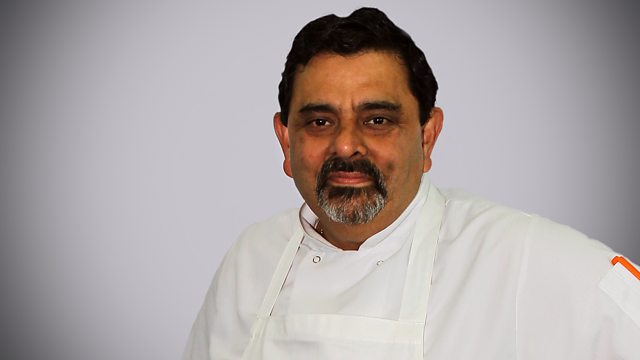 Spice imports to the UK have doubled since 2000. Cyrus Todiwala celebrates the role of spice in cooking but also identity, community, culture, business and celebration.

This is more than a story about chicken tikka masala. The UK's palette is changing with a demand for far more spice and pizzazz in our menus and larders. The UK currently imports almost double what it did in the year 2000. Much of that demand has been attributed to the UK's changing and diverse population - not only in home cooking but introducing recipes and dishes to a wider market. Travellers exploring exotic countries have also returned with a taste for spice blends. However spice is more than a simple ingredient - it can also be part of a story about identity, health, family and life.

Cyrus Todiwala travels to Easton in Bristol for the Spice Festival to meet those for whom spice is part of their lives. For him spices have been used for health as well as to bring flavour to his dishes while cooking in India and opening restaurants in the UK. He meets the man whose family fled Uganda while under the rule of Idi Amin, losing everything but their love and knowledge of spices led his father to source and share ingredients, eventually serving food and is now an 'Aladdin's cave' of exotic spices and ingredients for individuals and restaurants across the South West. He meets the chai wallahs who now sell on street corners of Bristol as well as Bombay and hears about the backpacker whose craving for the Indian snacks he tasted led him to set up his own business with over 300 products and blends.

Get some fire in your belly and hear how spice plays a role in commuity, culture and culinary delights.

Presented by Cyrus Todiwala and Produced in Bristol by Anne-Marie Bullock.