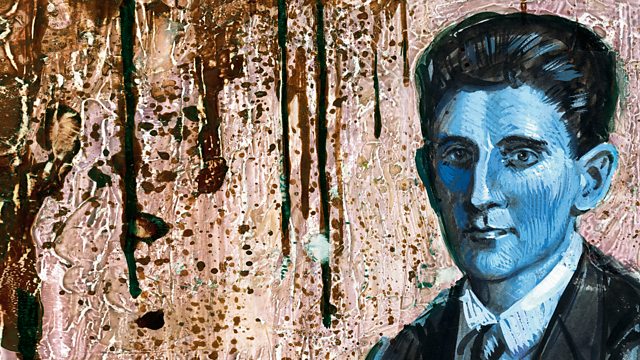 The Essay In the Shadow of Kafka
Episode 5 of 5

Franz Kafka means many things to many people. Five essayists explore the breadth of his thinking, his world and how his work still resonates for them as contemporary writers.

Part of In the Shadow of Kafka, Radio 3's current season, highlighting the work and influence of Franz Kafka.

Jeff first encountered Kafka as a surly teenager in the 1970s, when a kipper tie wearing art teacher put A Love Supreme by John Coltrane on the turntable during an art lesson and read aloud from Metamorphosis. The magic and mystery of Kafka's writing was made even powerful by the fact that it had been translated. Over time, Jeff collected and compared every new edition. His essay looks at the nature of translation, how it sits between the writer and the words and how that magical space allows the reader to discover his or her own version of the author and his intention.

Jeff Young is a playwright, for radio stage and screen. He has written about 30 radio plays, radio essays and drama documentaries. In 2014 his play 'Bright Phoenix' marked the 50th anniversary of Liverpool Everyman theatre.

Kafka's Castle—In the Shadow of Kafka