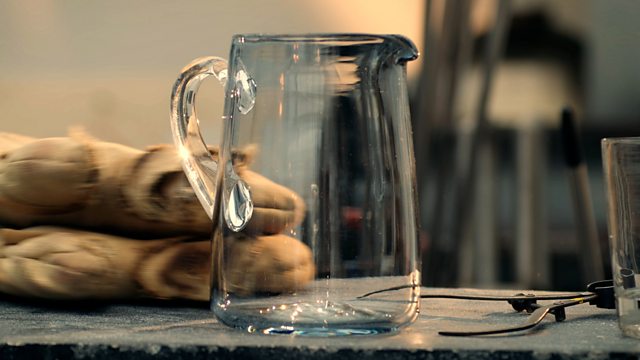 Filmed in real time and without voiceover or music, this is a portrait of the making of a simple glass jug by glass designer Michael Ruh.

The first episode in the Handmade series, part of BBC Four Goes Slow, is a filmed portrait of the making of a simple glass jug.

Filmed in real time and without voiceover or music, the focus is entirely on the craft process, an absorbing, repetitive process of blowing and rolling as glass designer Michael Ruh delicately teases and manipulates the molten glass into shape.

Ruh is a designer of contemporary glass objects, but the method by which he creates them is essentially ancient.

Glass is heated in a crucible until it becomes liquid. Ruh's task, shared with his assistant, is to keep the glass hot and in constant motion as he breathes into it and gradually shapes the expanding globe into the form of a jug.

See all clips from Glass (4) 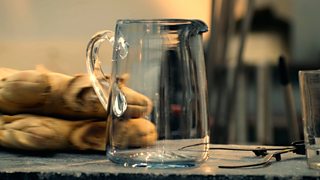 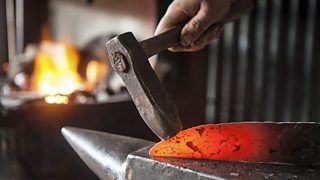