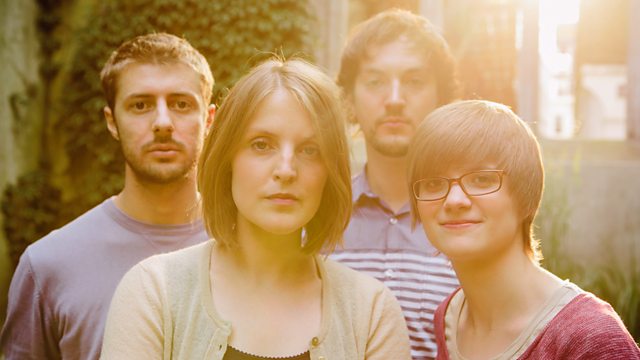 In the Shadow of Kafka: Blue-Eyed Hawk in Session

Now 100 years since the publication of his seminal work The Metamorphosis (Die Verwandlung), Franz Kafka remains one of the most influential writers of the 20th century, inspiring generations with his novels and short stories, themes of alienation, authority and mythical transformation. To coincide with a series of programmes across Radio 3 celebrating his life, Jazz on 3 invited Blue-Eyed Hawk - a quartet born from the fascination between improvisation and literature - to write new music inspired by Kafka's short stories.

As their namesake line from W.B. Yeats's poem Under the Moon suggests, Blue-Eyed Hawk's first projects have focused mainly on the musicality found in poetry, powered by vocalist Lauren Kinsella's impressive ability to reimagine the rhythms and twists of verse. However Kafka's prose poses a different sort of challenge and it's a focus on his characters and themes that come to the fore in this session. The band members, including acclaimed young trumpeter Laura Jurd, guitarist Alex Roth and drummer Corrie Dick, share composition duties and bring their own individual sound to the world of Kafka.