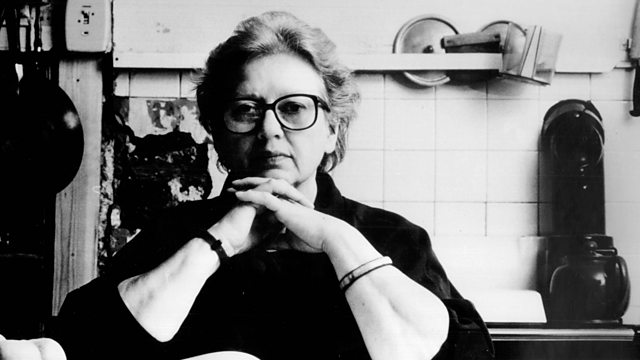 Jane Grigson - A Tribute: Part One

Jane Grigson was a unique and pioneering voice in food writing; a self-taught cook whose books and journalism changed British food culture. Twenty-five years after her death, Sheila Dillon is joined by three special guests to explore her life, food and legacy.

This is part one of a special two-part edition of The Food Programme, recorded in front of an audience at Bristol Food Connections festival on the 4th of May.

On stage with Sheila is Geraldene Holt, food writer, author of 'Diary of a French Herb Garden' and Chair of the Jane Grigson Trust, the award-winning chef Shaun Hill who has cooked his way through Jane's books and also cooked for her, as well James Beard-nominated author, Telegraph food columnist and cook Diana Henry.

From 'The Fruit Book' to 'Good Things' to 'Charcuterie and French Pork Cookery', to her long running articles for The Observer, Sheila Dillon and her guests explore a voice that, despite gradually becoming less familiar, really does still matter today.

The Legacy of the BBC Food and Farming Awards