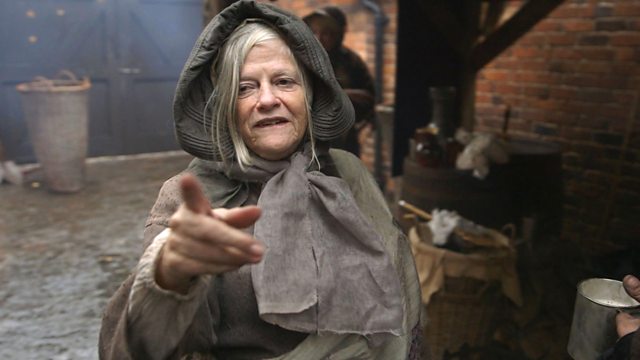 Living history series with Fi Glover. Six celebrities work for food and shelter in four Victorian workplaces, starting with 24 hours in the filth and grime of the city dump.

Six celebrities travel back in time to the relentless graft of Victorian Britain, spending four days in four different 19th-century workplaces. Their first 24 hours lands them in the filth and grime of the city dump - the dustyard. Here, they must sift through mountains of dirt, rotting vegetables and old bones. With thousands of people flooding into cities to find work in the new factories, there is a whole lot of horse manure and human effluent to clean up.

Who will conquer the 19th century and discover their inner Victorian? Presenter Fi Glover and historian Ruth Goodman help drive them through the age that laid the foundation for modern Britain.

See all episodes from 24 Hours in the Past 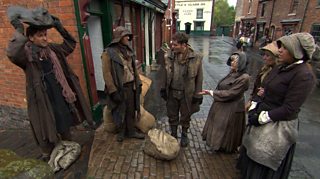 Learn more about the real locations where the celebrities were transported into the past!