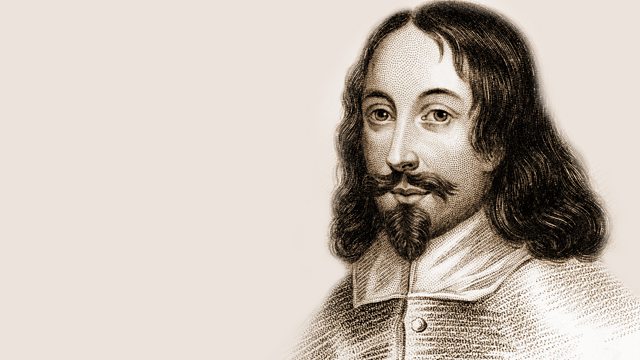 Matthew Sweet talks to Hugh Aldersey-Williams, Claire Preston and Gavin Francis about the mind-adventures of doctors in time and space. Aldersey-Williams has written The Adventures of Thomas Browne in the 21st Century, while Claire Preston is editing Browne's complete works.
Browne was a man fascinated by everything from nature to religion, to the shock of the new. How does his story resonate now? Gavin Francis, 21st-century GP, has written Adventures in Human Being which records his own experiences mapping the human body via extensive travel, wide reading and varied medical experiences.

How Browne are you?

Sir Thomas Browne was a leading physician, philosopher and writer of the 17th century. He was also a naturalist, an antiquary, a divine, a myth buster and a sceptic, who encouraged people to overcome widespread superstitions and to trust the evidence of their eyes and the power of reason.

Can you immerse yourself in this unique period of curiosity and change? Are you a Brownean rationalist or a credulous fool?

1. You hear that pregnant women are holding stones to their bellies to ease childbirth. You:

A. Impatiently dismiss the medical and magical properties that people ascribe to inert stones as medieval nonsense

B. Indulge their foolishness: if they think it’s doing them good, then where’s the harm, after all

C. Add the information that if they want a boy they should try a stone with a bluish tinge and pink for a girl

2. A young patient in your care dies after an agonizing and unexplained illness. Do you:

A. Tell the grieving relatives to get real; he had a less than half chance of surviving to adulthood anyway

B. Pen a long and moving tribute to the boy and his suffering

C. Initiate a pioneering investigation into the origins and spread of the mysterious disease

3. Because you are a modern physician, your fellow citizens start to believe you might be an atheist. Do you:

A. Declare that of course you are an atheist. If there was a God, He would have to have a bottom, and that would be ridiculous

B. Try to have it both ways, protesting your faith but also affirming your commitment to scientific reason

C. Indicate your Christian devotion by itemizing the miracles you have witnessed

4. Somebody brings you the corpse of a kingfisher, saying it would make a good weathervane. You immediately:

A. Gently correct your supplier, saying that it is in fact dead kestrels that possess this curious property

B. Suspend the corpse from a silk thread to see if it works

C. Ignore the claim, and roast and eat the bird with an anchovy and saffron sauce

5. You discover a new poison of unprecedented and horrific efficacy. Do you:

A. Proudly announce your discovery as a contribution to scientific knowledge; you are not responsible for the consequences

B. Keep it quiet; you are afraid it might fall into dangerous hands

C. Use it to poison your rival in scholarship, knowing nobody will be able to detect the murder

6. Your observations of nature lead you to believe there is a divine order in things. You:

A. Eagerly read up on the subject, only to find that Fibonacci got there centuries before you with his famous number sequence

B. Become convinced that the key to it all is the number five, which you start seeing in everything from flowers to architectural ornament and the stars in the heavens

C. Seek to catalogue the characteristic number of parts of every plant in your garden, but go mad in the attempt

7. Your gardener tells you that the human-shaped mandrake root he has just pulled from the ground screamed with pain as he did so. You:

A. Laugh uproariously. It gives you an idea for a theatre show which you will call ‘That’s Life’

B. Concede that they may indeed make a noise, but that’s nothing special, as similar plants such as parsnips also shriek when pulled from the ground

C. Hurry away, as the cry of a mandrake root is a sure sign that a man’s death will follow

8. You are called in your capacity as an expert witness to testify at a trial of two women accused of witchcraft. Do you:

A. Refuse to attend, suspecting that the trial is a fix, and the women will hang anyway

B. Give evidence based on your personal conviction that witches exist, which helps to secure the women’s conviction

C. Announce that witchcraft is now regarded by the best natural philosophers as superstitious nonsense, which leads to the women’s acquittal

9. As a lover of antiquities somewhat given to melancholia (the ‘English disease’), you naturally brood about your own demise. Do you:

A. Make careful notes about your life in the hope that somebody will write your biography

B. Modestly state your hope that nothing remains behind of you, and that even your name is forgotten

C. Give detailed instructions for the erection of a mausoleum ornamented in baroque style with emblems and quotations from your literary works

10. People tell you that of course unicorns exist; they’ve seen them in pictures. You:

A. Say moonshine. For a start, how could they possibly graze with that horn sticking out of their heads

B. Go one better, saying there is indeed not just one species of unicorn but many

C. Sarcastically agree, adding that basilisks, griffins and the flying horse of Pegasus must then be real, too

11. You record the first sighting of a dolphin in your county. You:

A. Rejoice in being able to add a new species to the list, and watch it cavorting as you release it back into the sea

B. Anatomize the specimen before handing it over to your wife, who makes a savoury dish of it to serve to the king

C. Fail to notice its blowhole or its warm blood and assume it is some kind of big fish

12. An innkeeper serves you a dish a snails in garlic, claiming to have picked up the recipe off a Huguenot immigrant:

A. Demand to know whether the snails were fed on their natural diet and humanely killed before tucking in

B. Wolf it down; you’ve never had any objection to foreign people, customs or food

C. Angrily push it away, and demand he bring you a dish of roast English badger

Mainly A: You are a creature of the present, utterly lacking in historical imagination, but you may not be as enlightened as you think

Mainly B: You practically are Sir Thomas Browne, a true sceptic, with ideas thoroughly rooted in the 17th century – for good and ill

Mainly C: You are far too credulous, liable to believe every vulgar error that people spread in any age