Schedule
BBC Radio 4
The Folk of the Pennines
Main content 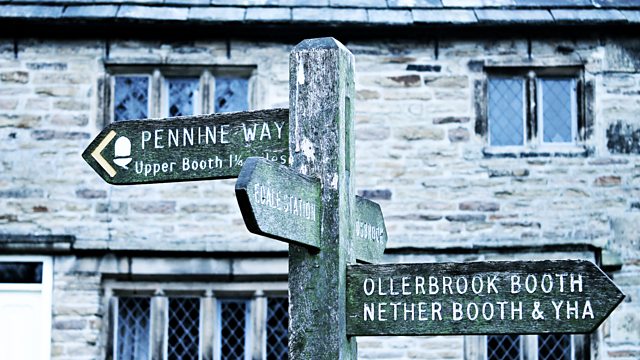 The Folk of the Pennines
Episode 1 of 3

In 1965, after 30 years of campaigning led by the rambler Tom Stephenson, the Pennine Way was officially opened on Malham Moor in the Yorkshire Dales. Stretching from Edale in Derbyshire to Kirk Yetholm in the Scottish borders, the 268 mile route has attracted tens of thousands of walkers over the intervening years.

To celebrate the 50th anniversary this year, Mark Radcliffe travels the route and meets up with poets, folk musicians, historians and local people along the way.

In the first of three programmes, Mark travels from Edale to Top Withens near Haworth. He talks to the poet Simon Armitage about his experience of walking the Pennine Way, and finds out why the tiny Yorkshire village of Heptonstall is the burial place of one of the 20th century's most revered authors, Sylvia Plath. Singer Bella Hardy performs her song 'Peak Rhapsody' at the starting point of the Pennine Way, and Mark bumps into Kate Rusby at Top Withens - the supposed inspiration for Emily Bronte's Wuthering Heights. Kate and Damien O'Kane perform 'The Lark' sat in the ruins of the old farmhouse, looking out over Haworth Moor and the Pennine Way.

See all episodes from The Folk of the Pennines

See all clips from Edale to Top Withens (2)