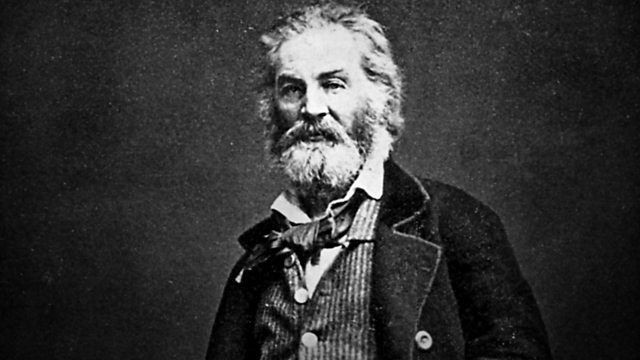 One hundred and fifty years ago, one of the most significant American poets of the 19th century worked as a wound-dresser in the Civil War. What became of his poetry afterwards?

Walt Whitman, the great American poet of Leaves of Grass and Song of Myself gave up poetry one hundred and fifty years ago during the American Civil War to volunteer as a wound dresser for the battle injured. What he saw in the bloody field hospitals had a profound impact on Whitman and on his poetry. He went back to words after the war and wrote some of his best poetry and prose in the grim light of what he'd seen.

An exploration of Whitman's war with archive recordings of Whitman himself, the music of John Adams and contributions from poets Allen Ginsberg, Mark Ford, Galway Kinnell and Mark Doty.