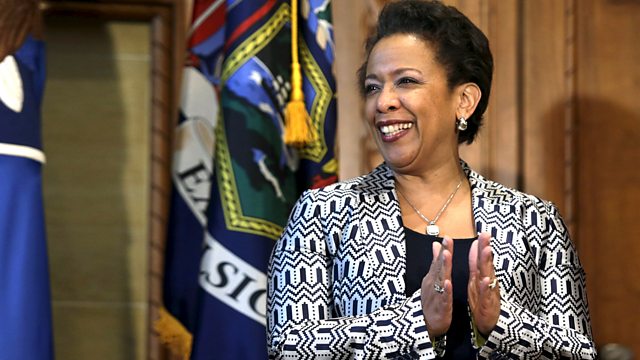 How did Loretta Lynch, a black woman from North Carolina, whose own mother picked cotton as a girl, get to be the top law enforcement official in the US? Edward Stourton finds out.

Earlier this week, Loretta Lynch was sworn in as the new US Attorney General. Brought up in North Carolina the daughter of a Baptist minister father and a mother who picked cotton as a young girl, Lynch is the first black woman to hold the position of the nation's top law enforcement official. Harvard-educated Lynch worked at several private law firms and has been a federal prosecutor, winning high-profile cases against corrupt New York lawmakers, sex traffickers and mafiosi. But there has been criticism, too. She is accused of being soft on Wall Street wrongdoing. Edward Stourton has been speaking to people who know her well.