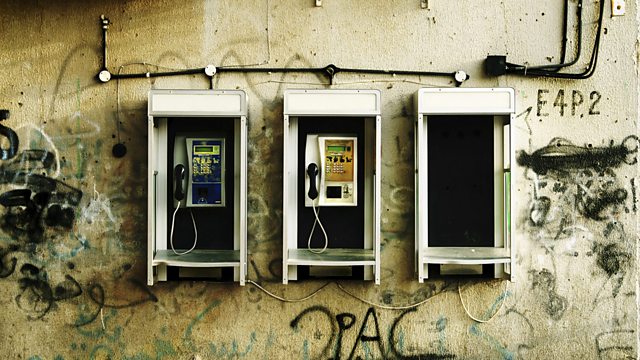 A 30-year long conversation comes to an end, and an undercover agent reveals how to flatter someone into prison. Josie Long hears stories of intimate conversations.

Josie Long presents stories of intimate conversations. A thirty year long conversation comes to an end, an undercover agent reveals how to flatter someone into prison and we discover the secrets of the 'dual form'.

With the Caterpillar
Feat. Bostjan Dvorak
Produced by Phil Smith

He Was So Happy to See Me
Feat. Ed Follis
Produced by Leo Hornak

Beverly Eckert
Produced by Vanara Taing with interviews recorded by StoryCorps, a nonprofit dedicated to recording and collecting stories of everyday people.
www.storycorps.org.