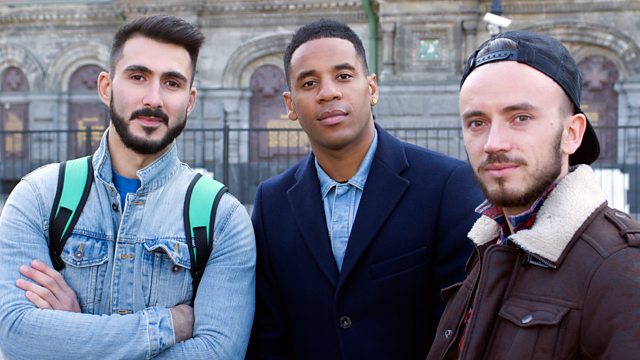 Reggie Yates finds out what life is like for young people in what has been described as the hardest place in Europe to be gay, after the introduction of the anti-propaganda law.

Reggie Yates gets up close and personal with three very different communities in contemporary Russia. By living with them for a week, he explores what it's like for young people living here, 24 years after the fall of the Soviet Union.

A year after the introduction of the controversial anti-propaganda law, Reggie finds out what life is really like for young people in what has been described as the hardest place in Europe to be gay. He travels to St Petersburg for Queerfest, a ten-day arts and culture get-together for the LGBT community. Reggie spends time on both sides of the battle lines - with the Queerfest team as they face the daily fight to keep their festival open, and the homophobes who want to see it closed.

He also meets Dayra, a young lesbian viciously stabbed and left for dead by homophobes, and activist Kiril who is still fighting back and who shows Reggie how Putin's repressive laws make it almost impossible to protest without risk of arrest. Ivan and Nusrulla are a young gay couple very much in love, but who are so scared of the consequences of coming out that they have made up a pretend girlfriend - and have a huge decision to make about their future.

On the other side, Reggie meets leaders of Orthodox pressure groups like God's Will, who would stone gays to death if the law allowed it, and Vitali Milonov, the architect of the anti-gay propaganda law. Reggie ends up in a sauna, being beaten with twigs by a naked man, in a bid to understand what it means to be not just Russian in this post-Soviet era, but what it means to be a Russian man. 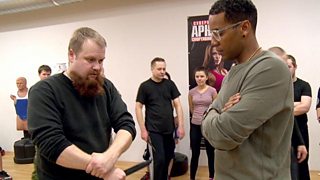 Find out how Reggie really felt about his encounters with the Russian nationalists. 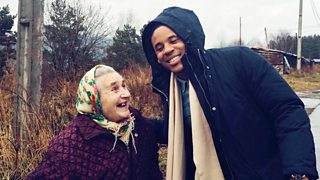 Hungry for Reggie Yates' Russia? Snack on these tempting teasers...