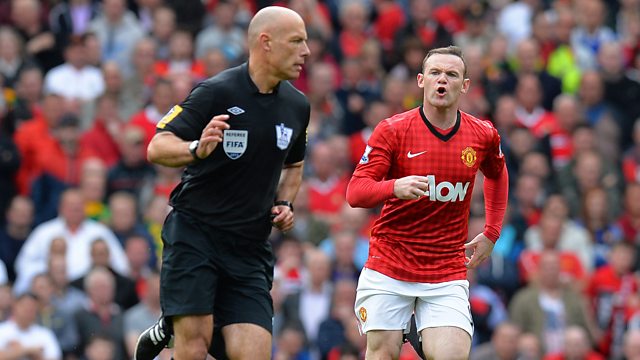 4 Extra Debut. Clive Anderson asks why, amid all the abuse, death threats and endless scrutiny and criticism, anyone would want to be a football referee. From April 2015.

Clive Anderson explores the reasons behind the apparent decline in the level of respect shown to the football referee and asks - amid all the abuse, death threats and endless scrutiny and criticism - who on earth would want to be a referee.

He searches through the archives for evidence of a golden age in which the referee's decision was final, and traces the various changes in the game which appear to have fuelled the problems for referees. When and why did things turn so ugly?

Top referees, commentators, sports journalists and former players discuss how television coverage, slow motion cameras and endless analysis by pundits have contributed to the growing pressures on the man in the middle. They argue about who is blame for undermining the authority of referees - over-paid players, aggressive managers or the media. Do the referees contribute to their own problem, by making too many mistakes or being overly officious?

Former professional referee Dermot Gallagher says that, despite high-profile incidents and worrying accounts of violence against referees in parks football, there has never been a better time to be a referee.

Rugby, cricket and other sports are not without their problems in this area, but why does the situation appear to be so acute in football? Sports sociologist, Dr Richard Elliot considers whether behaviour towards sports officials reflect changes in attitudes towards authority in wider society.

An Above the Title production for BBC Radio 4.